Taking a vacation overseas usually means that we will try to do one thing that is out of this world. Like awesome fun stuff. You know, not something you get to do even if you really, really wanted to?

Marketing works in mysterious ways. Visitors to Sydney would definitely have heard of the Bridge Climb. Climb the Sydney Harbour Bridge for the ultimate Sydney experience – see panoramic views from the top of an Australian icon! For the climb of your life – and it is really expensive!

We’re not fans of doing touristy stuff just for the sake of doing them, so we gave the Bridge Climb a miss. We figured that the money could be put to much better use instead. I had the climb of my life while in the military, waking up at 3am in the morning to attack Mount Biang, Brunei while carrying kilogrammes of equipment on my back. No thanks!

We eventually settled on a helicopter ride since the missus hasn’t tried it before, whereas my other experience was in Brunei (again) and it isn’t exactly a pleasant one. There are a number of companies offering helicopter rides but we decided on Blue Sky Helicopters.

Blue Sky Helicopters is the longest established locally owned Helicopter Company based at Sydney Airport. It is located at 462 Ross Smith Ave, Sydney Airport – which means the only way of getting there is pretty much via a car or taxi. A cab ride would take around 15-minutes and cost you about $40 from Sydney, city area. 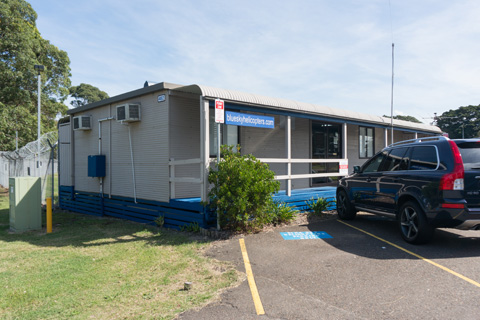 The interesting thing about a flight is that it is weather dependent! In case of bad weather, we can call the office two hours before our scheduled flight to check whether it will proceed or be cancelled. Lucky us – it was a perfect, sunny day!

Inside the little office building is a cosy corner to wait around, decorated with aerial shots of Sydney. 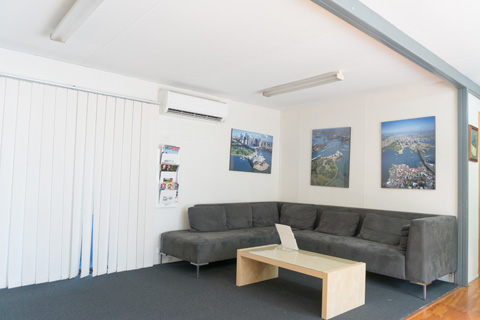 Here’s our awesome pilot! Settling some admin stuff with the previous passengers before us. 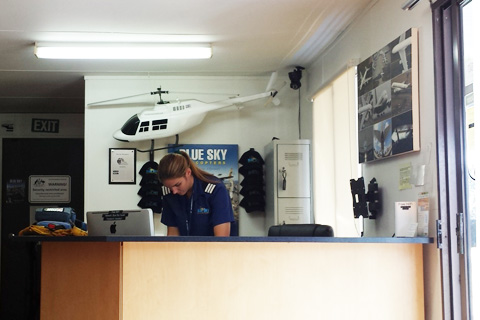 Prior to the flight, there is a passenger manifest to be filled up. 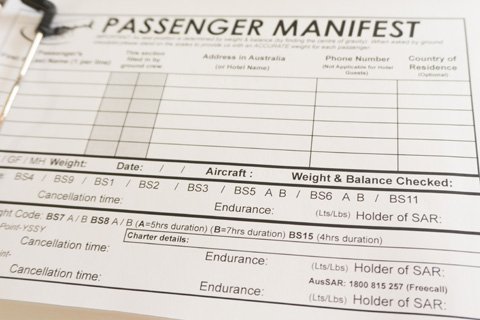 Oh, a safety briefing as well. You know, in case we gotta ditch the helicopter in the water, or something. 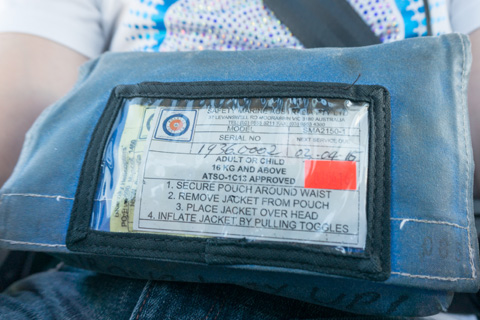 After we’re done with the admin stuff, we went outside to where our chopper is parked! Based on the website, this is a Robinson R44 Raven II and is the newer/smaller of two helicopters that Blue Sky Helicopters operate. Apparently, it is the world’s first full surround view doors on a R44 helicopter. 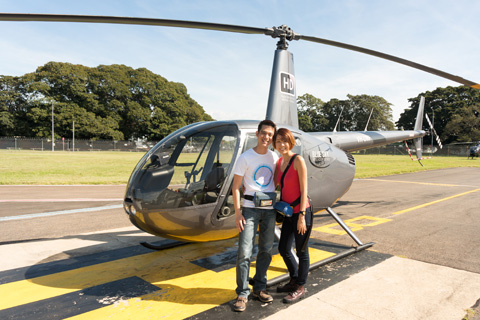 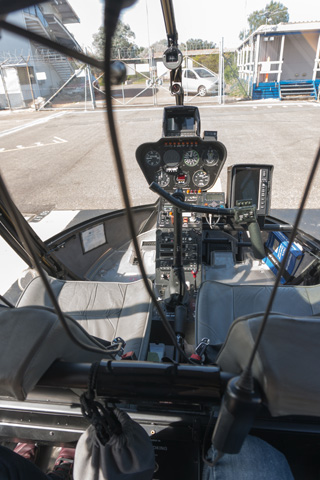 A quick run-through on operating the doors and safety aspects of rotor danger. Beware!

Bose noise-cancelling headphones so that we can talk with our pilot during the flight. 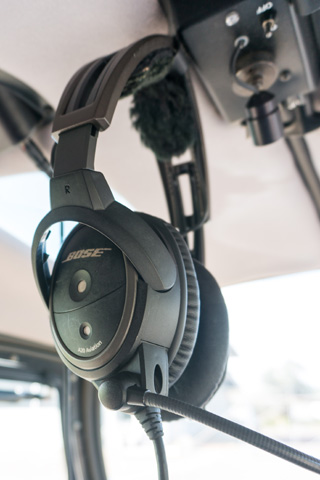 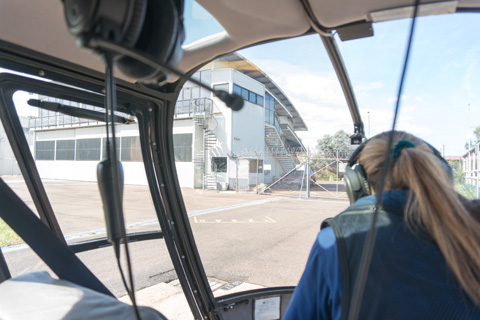 The R44 helicopter actually seats 3 passengers but if you want to guarantee a private flight for two, you can pay a little bit more to do so. We paid AUD$175 per pax and took a private-charter, 15-minutes “Bridge & Back” flight which flew over the areas of Harbour Bridge, Opera House, Taronga Zoo, and Harbourside beaches.

And we have lift-off! A couple of shots which I took as we flew above Sydney city. 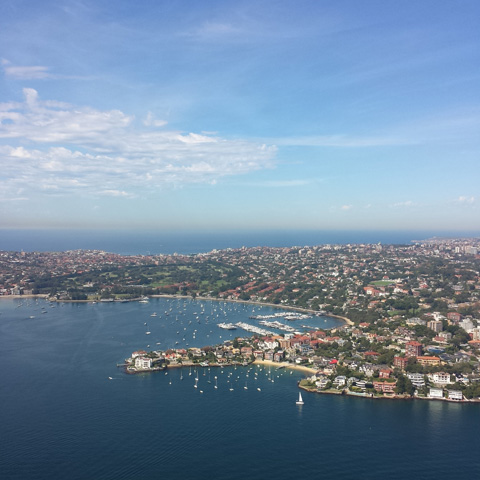 Lovely, isn’t it? Now, that’s what I call a panoramic view. 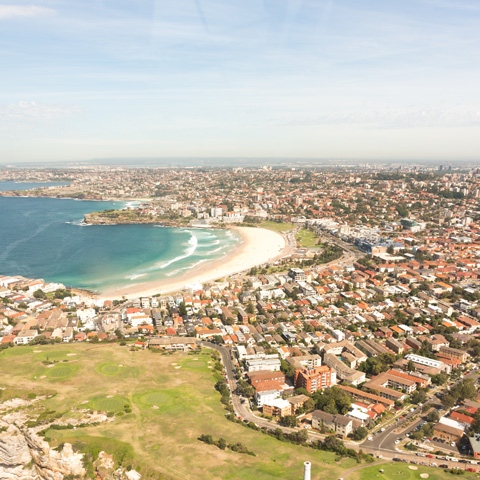 Of course I had to include one shot of the Sydney Opera House! 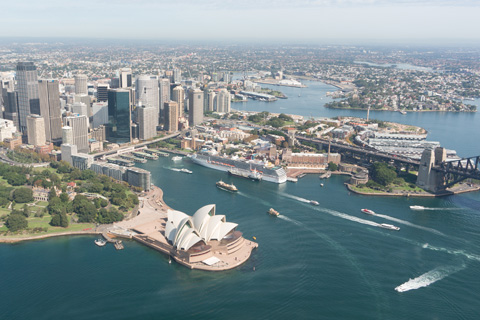