Our Bangkok trip largely revolved around shopping, and more shopping. Regardless of this, we still managed to pencil in some time for a soothing spa massage and a couple of food-hunting sessions. Listed a brief and random selection of what we had while in Bangkok.

In the Pratunam area? Then you must have dropped by Platinum Fashion Mall for “a bit” of shopping, eh? Not to worry if you’re ever feeling tired or hungry here, simply head up to level 6 for their food court which has a vast array of Thailand delicacies! 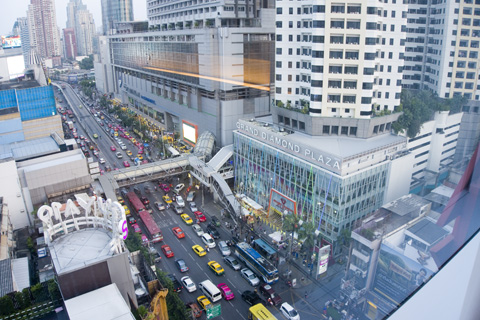 To purchase food here, you’ll need to purchase a stored value card and load it with credit/money first. Then, you’ll pay for your meals with this card (much like our very own Kopitiam card).

Tried out a couple of items here, including Pad Thai and Tom Yum Goong – yuumm. 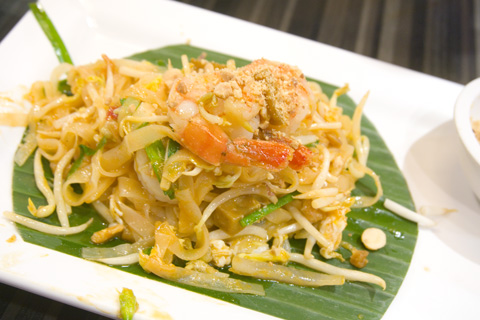 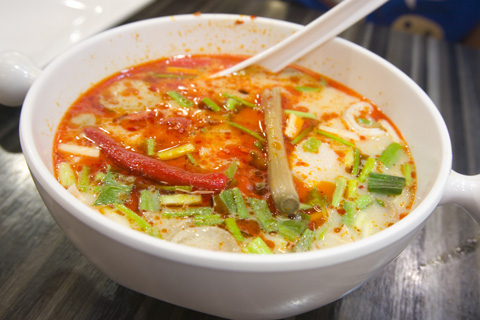 Opposite the Platinum Fashion Mall is where we stay, at the excellent Glow Pratunam Hotel (review here).

Craving for some food but simply too lazy (like us) to go out for some food? Order room service from the hotel then. 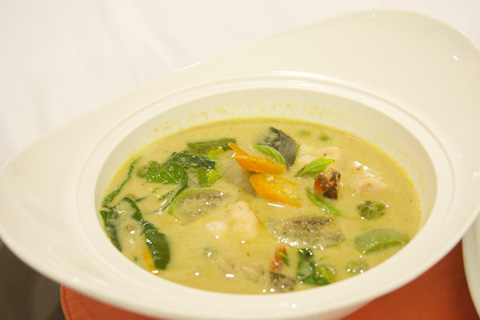 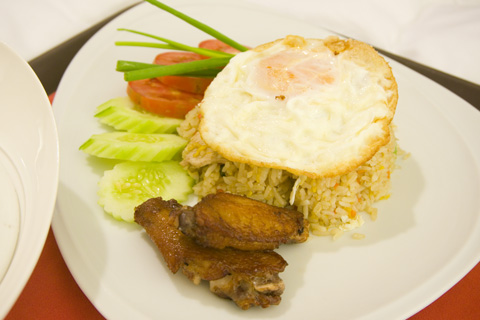 Located at the building just beside Glow Pratunam Hotel are a couple of street-side food carts selling crepes. How this works is that when you’re ordering it, you specify what goes into your crepe – from the fixed menu, or you could do it like me and add whatever you want. In our case, there’s sausage, ham, bacon and egg with a huge splatter of mayonnaise and chili sauce. 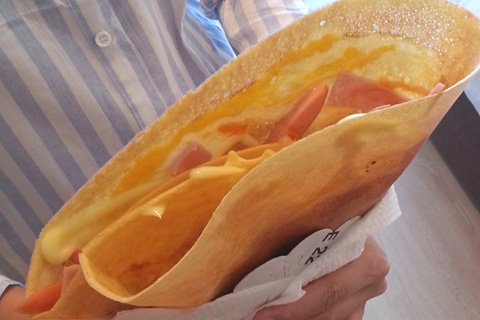 Being Singaporeans, we simply had to drop by A&W that’s on the opposite street for a serving of curly fries. (A&W has ceased operations in our sunny island) Glow Pratunam Hotel has a pretty good location huh? The only problem was that it is a long walk from the nearest train station. 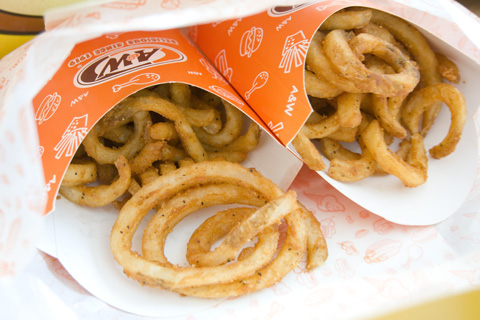 A popular destinations with tourists from Singapore, SabX2 is short walk away from Glow Pratunam Hotel in a small alley – look for Shibuya 19. Even before SabX2 has opened, a queue has started forming with the crowd that is mainly made up of Singaporeans. 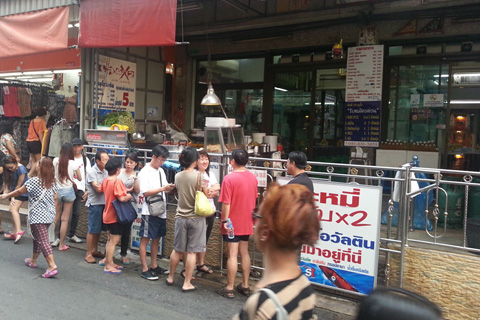 An unassuming stall, with ordinary looking Wanton Noodles. What makes this special is the secret ingredient that is much frowned upon by health-enthusiasts – pork lard oil. This gives the al dente noodles its fragrance and tasted better than how it looks.

The portion is a little small though. For 2-pax, what I’ll recommend would be to order two plates of Wanton Noodles, and share a plate of their Pig’s Trotters Rice. 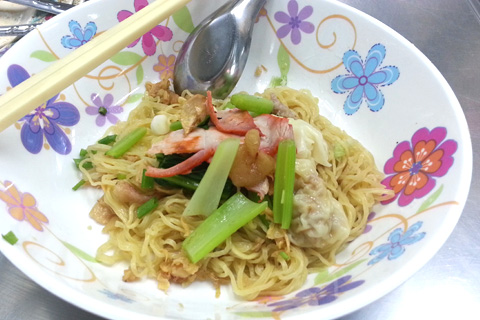 In my humble opinion, a visit to SabX2 would be incomplete without this! A huge pot of pig’s trotters stewing in the bubbly dark soy sauce – served with rice, preserved vegetables and half an egg. A heavenly companion to the noodles – in fact, even better than the noodles! 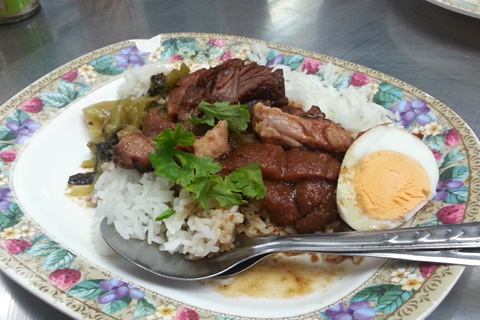 While the main purpose here is to do some shopping, there is a selection of cooked food that is mainly around the perimeter of the Chatuchak Weekend Market. 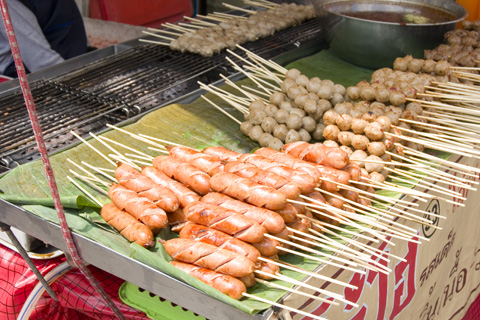 One of the few stalls that sells coconut ice-cream, this one is a must-try to quench your thirst and prevent a heat-stroke in the sweltering heat. Coconut Ice-Cream JJ even has Facebook! 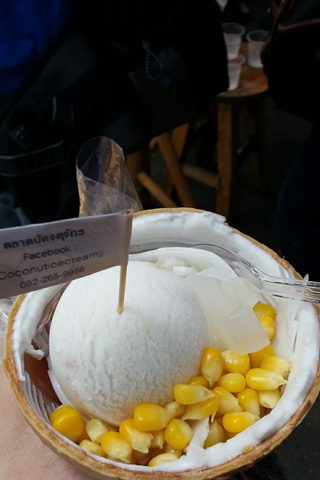 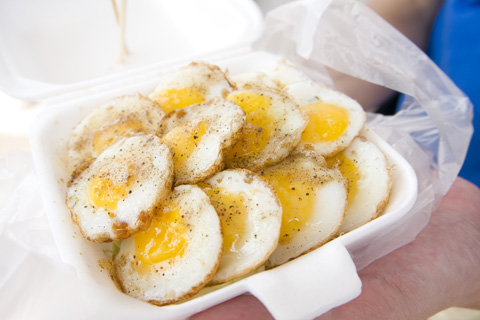 Our lust for Cheese Fondue led us to nowhere in Singapore, which was why we ended up at The Swiss Choice in Bangkok. A humble and cozy little store, it is located in a small alley that wasn’t easy to find. 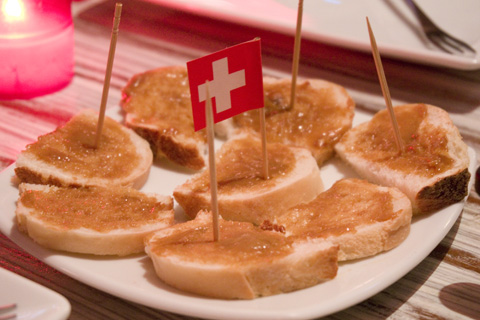 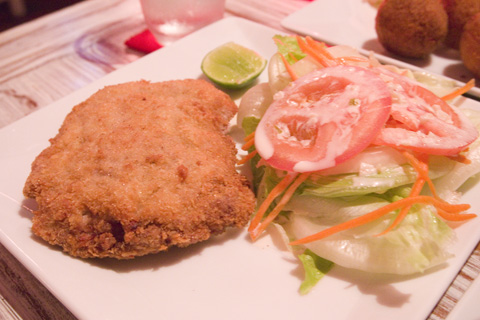 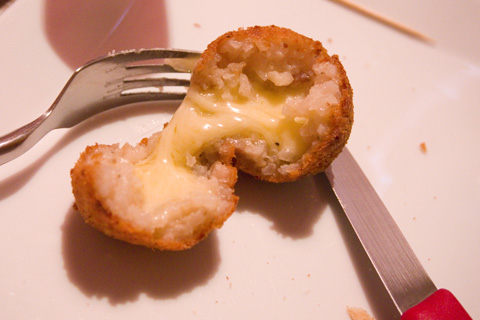