Woke up earlier because we had booked a half-day tour online. Breakfast was buffet-style, sufficient variety but nothing we particularly liked. Another interesting observation – this particular resort seems rather popular with Middle-Eastern tourists, as we have seen a number of them around. Holiday season over there?

Not knowing what to expect, we made our way to the lobby where we were supposed to meet our chauffeur for the day. When we signed up, we seriously thought it would be a group-tour kind of thing, because it stated 2-6 pax. You can imagine how surprised we were when it was just us, and the driver.

I can’t really remember which was the exact sequence of places we visited, partly because it was rather long ago. From the photographs taken, the first stop should be the Langkawi Cable Car. I recall that our chauffeur tour guide had decided to bring us to the cable car first, because its opening hours are dependent on weather conditions.

Although the half-day island tour (it was only RM$50 per adult) did not cover the entrance fees to the attractions, one perk is that we could just give the entrance fee to our tour guide, and he would get the tickets for us! I presume there is such a system in place, because I’m sure he didn’t need to queue as well! 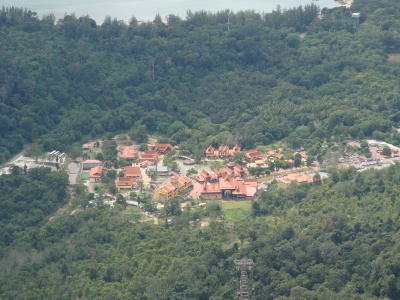 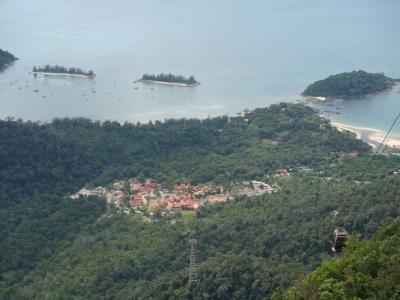 The ride was actually somewhat scary, as the angle of ascend is pretty steep and the cable car is only supported by a single hook-cable system. As it travels along the cable, the motion coupled with occasional gusts of wind tends to sway the cable car a little. And if that wasn’t enough, the descend was pretty thrilling.

Once we were up at the top station, you get to see signs indicating exactly what altitude we were at. As you can see, the weather-beaten signs were a little blurry. 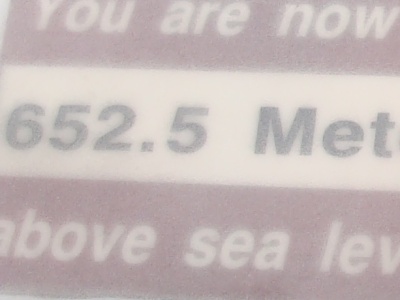 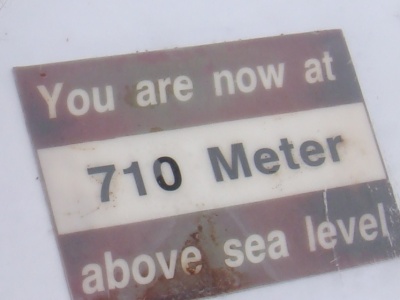 Interesting sign advising people not to smoke – the air was incredibly fresh. 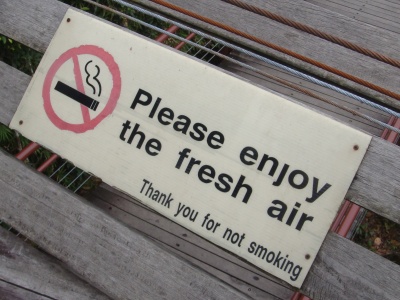 Because of the high altitude, the temperature at the top was actually lower than the base station. We were practically in the clouds! 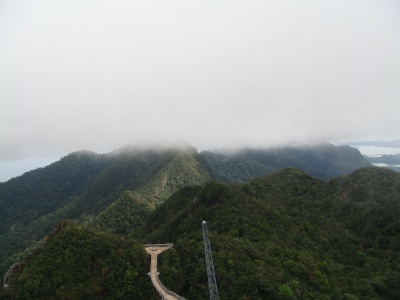 There were actually shops and miscellaneous things at the base station, but we didn’t really want to look at that. So, off we went to Langkawi Wildlife Park. A variety of animals from birds to monkeys, otters to crocodiles. Didn’t manage to take much pictures here. 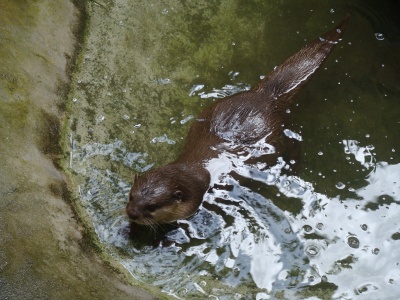 After a tiring morning, we headed for lunch at Eagle Square. This was actually our second time here, the first being in May 2007 when we went on Star Cruise after graduation, which included a Langkawi land tour. We had a simple lunch at a Chinese restaurant at Eagle Square, just the 2 of us with no other customers. 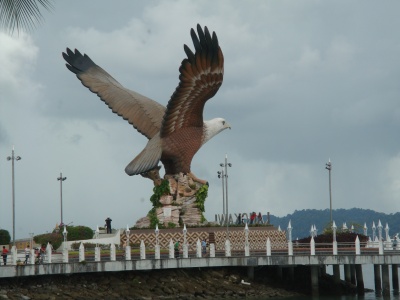 As you can see from the clouds, weather wasn’t very good after we went to the Cable Car. For this, we have our tour guide to thank for! Last place was supposed to be Mahsuri’s Tomb, but our tour guide advised us against it. Hahaa. Don’t ask me why – we headed for the Underwater World instead. Another round of looking at interesting and weird creatures, including a short 3D documentary-ish show.

After a round of chocolate buying next to the Underwater World (this is actually a duty-free store or something beside it), we headed back to our resort for a well-deserved rest. Took the chance to take a photo with our tour guide before he left.

Strictly speaking, he was supposed to be there as a chauffeur only. Along the way, he was nice enough to talk to us (the car rides often lasted 20-30 minutes) and acted as an impromptu tour guide for us, which was great!

The rest of the day was spent at the resort at the comfort of our room. In a sense, we were pretty lucky that we weren’t caught in the rain while we’re out sightseeing. Guess nothing beats having room service delivered to you when its pouring outside! Ahh.