Five days after our solemnization, we headed to Taiwan for a mini-honeymoon. This was in fact our second trip to Taiwan, having visited two years ago as well. With our flight at 12:20pm, we left for Changi Airport at 9am to do an early check-in plus breakfast. The weather hasn’t been kind these couple of days, and it was just as wet as we were waiting for our flight. Roamed around the transit area after breakfast and there it was, a second Dunkin’ Donuts outlet right in front of our eyes! (There is another one at Orchard ION.) 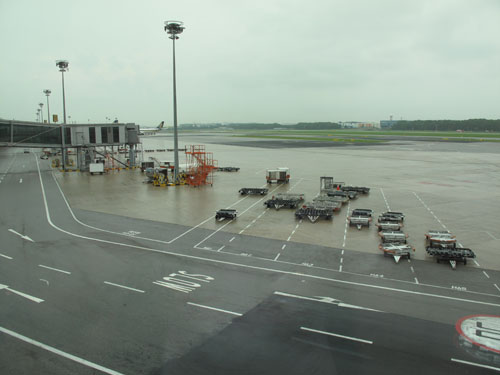 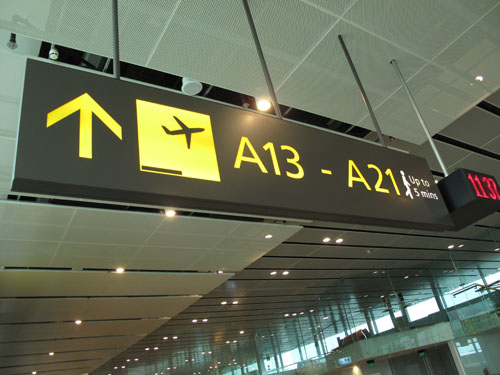 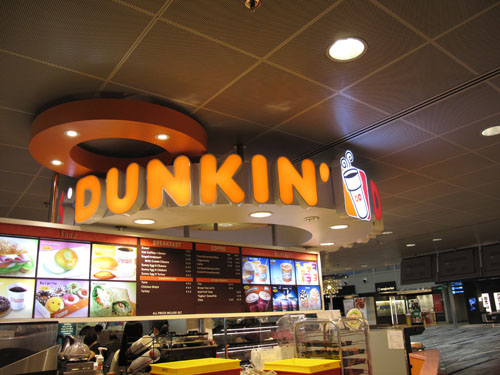 The flight from Singapore to Taipei took about four hours. We flew on Singapore Airlines, which provided great service and food as expected by us. The only hiccup was during the serving of meals, when they actually ran out of  ‘International’ selection, so we had to settle for *gasp* ‘Oriental’ food instead. Alright, the food was fine though, not bad at all. Managed to catch Sherlock Holmes via the in-flight entertainment system before we landed in Taipei. Nice!

As we descend into the dark and gloomy clouds of Taipei, we were obviously disappointed to see that it was drizzling in Taipei, just as the weather forecast had predicted. Passing through immigration and waiting for our baggage took quite some time, perhaps due to the large group of tourists arriving from another flight.

Interesting system at Taoyuan International Airport because there will be a person at the designated exit for taking cabs, asking you where you’re headed. Upon knowing your destination (either short or long distance), they will assign a cab to you and the cab driver would help you to load up your luggage. Plenty of cabs at the airport, so there is no need to arrange for transport in advance unless you are able to get a cheaper rate or if you’re travelling in a large group. 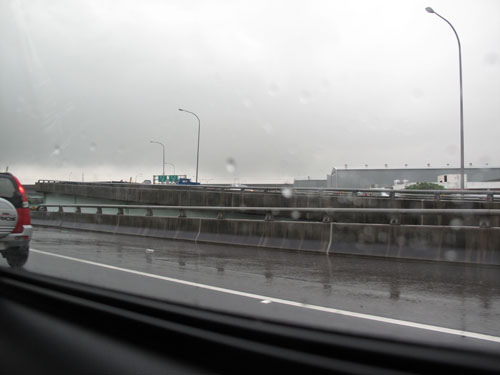 Although we reached Taoyuan International Airport around 4:30pm, it was already 5:30pm when we hopped on a cab. The journey to Rainbow Hotel (長虹大飯店) took slightly longer (approximately 1.5 hours) because we were stuck in peak-hour jam! The trip cost us NT$1200, and we finally arrived at Rainbow Hotel at 7pm. 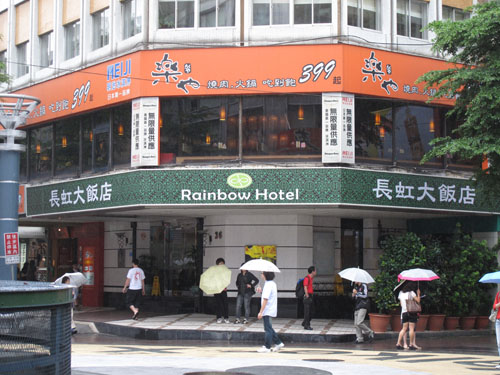 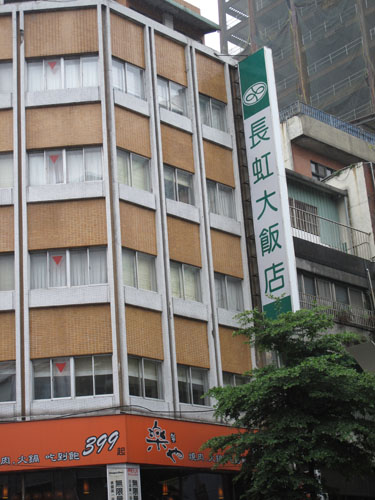 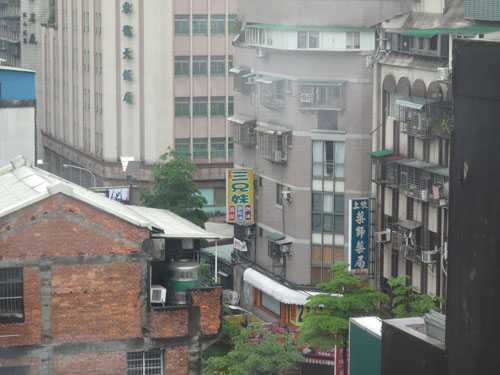 One thing to note is that the streets just outside Rainbow Hotel is not open to cars from 11am to 11pm. Our cab driver didn’t know the place well and had dropped us off some distance away, which made it a real hassle to drag our luggage all the way in the light drizzle. We later realized that the nearest drop off point is at the junction near 三兄妹 ice dessert shop, just 1-minute walk from Rainbow Hotel.

Well, Rainbow Hotel looked exactly the same as it was two years ago. We even got the same room, room no. 902! Funny thing was, we didn’t know exactly what type of room we would get until we got to Rainbow Hotel. Initially, we couldn’t get a room via the official website, and so we booked a room for three nights with Agoda instead. We called Rainbow Hotel before our trip to confirm our reservation, but the hotel staff couldn’t confirm the room type either. Weird system eh?

The reason we chose the hotel is because of its excellent location, right in the middle of Ximending (西門町). Street food (路边摊) and all kinds of stores are located just around us! Of course, we’re pretty satisfied with the room, having stayed in the same one two years ago. It’s located on the highest floor at 9th storey, so noise from the outside isn’t much of an issue. Sound-proofing between rooms leave much to be desired though. Also, the room isn’t small at all considering it only cost us SGD$369, or SGD$123 per night. 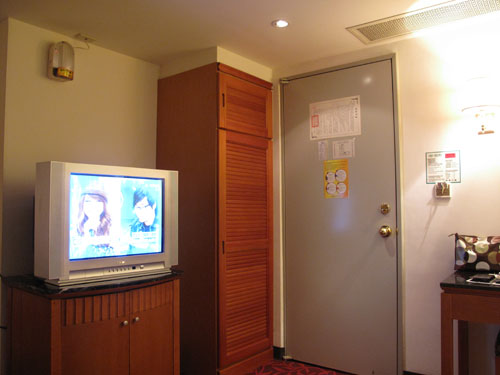 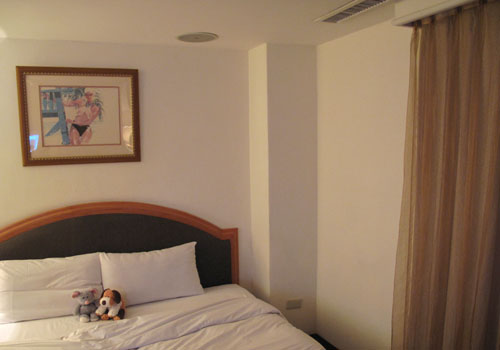 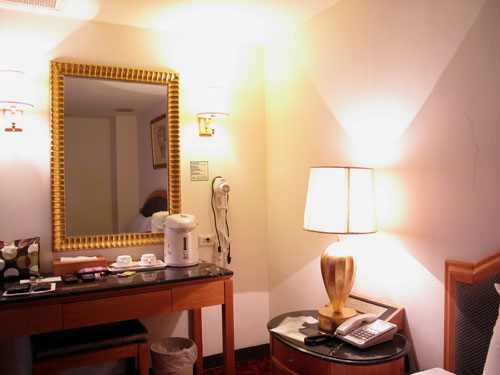 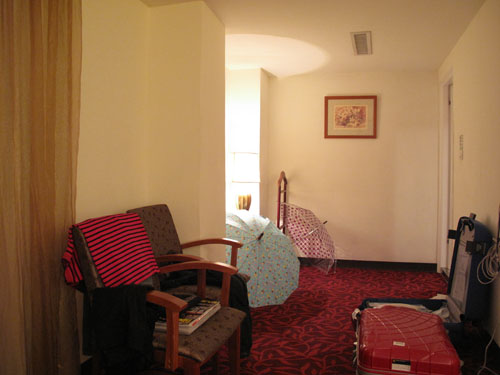 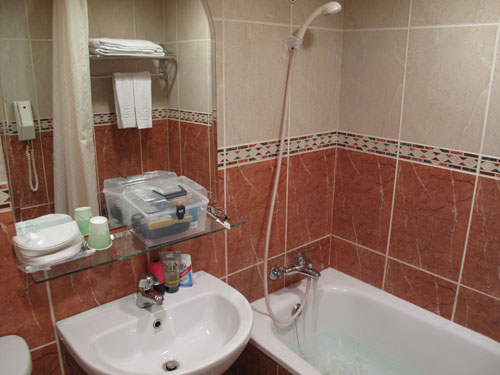 The name itself should give a hint of what kind of restaurant it is. In all, there are two outlets. Two years back, we visited the 北医 outlet, which was a real nightmare to find and locate. Even the locals that we asked didn’t know where the restaurant was. This time round, we got smarter, and gave the cab driver the address of the 光復 outlet! However, even the cab driver had some trouble finding the place. Somehow, we got lucky as we were cruising along a small alley and found it!

Located in a small residential alley, the elusive two-storey restaurant must have been visited by tonnes of Jay Chou fans. I’m sure the poor location will not deter any fans of Jay Chou from hunting down the place! The rain kept coming down, which kind of restricted the photos we could take outside the restaurant. 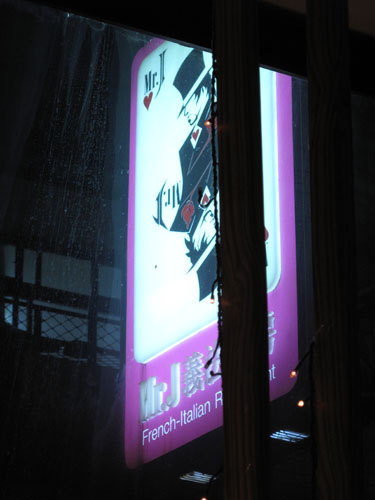 Mr. Qute, a pastry specialty store, is located adjacent to Mr. J and is under the same group of restaurants.

Went inside, and up to the second level of the restaurant. As expected, the restaurant is designed with a specific style in mind and generously decorated with Jay Chou related stuff like oil paintings. 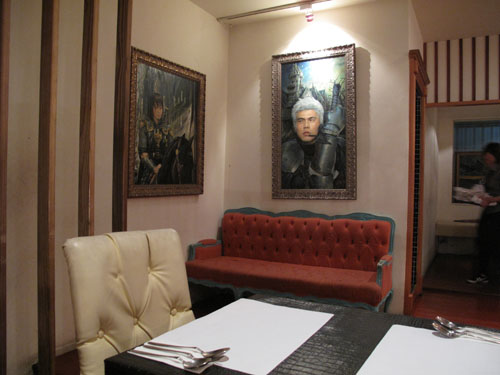 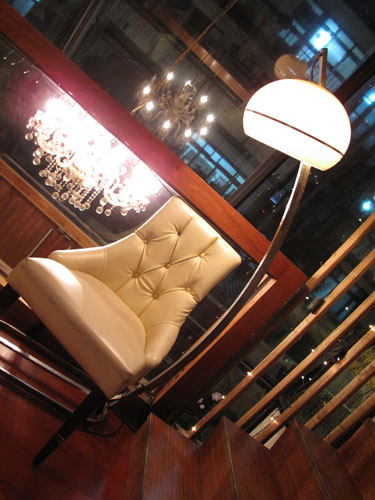 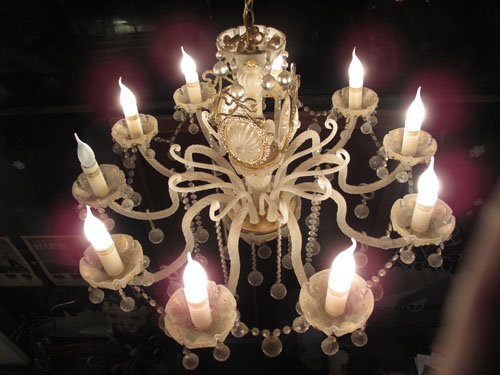 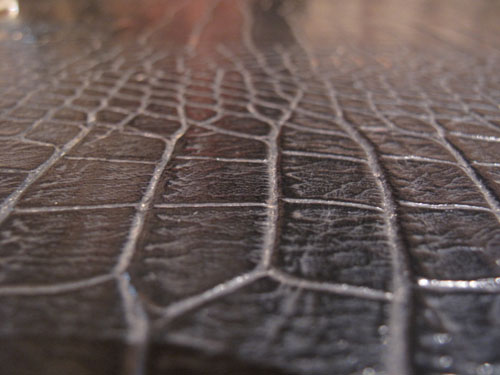 Generally, service in Taiwan is prompt and very good, and Mr J. was no exception. Made our orders, and obviously Shan was happily taking photos of the place! We ordered a pasta set meal and a risotto set meal, with escargot for starters and milk pudding for dessert. Yummy! 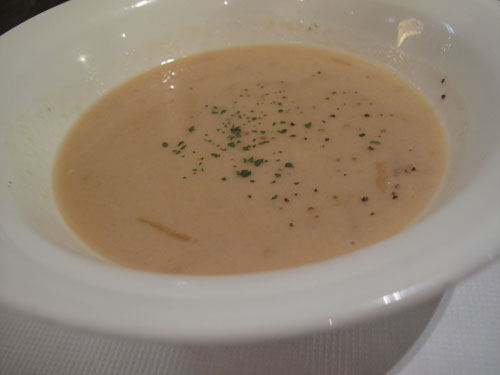 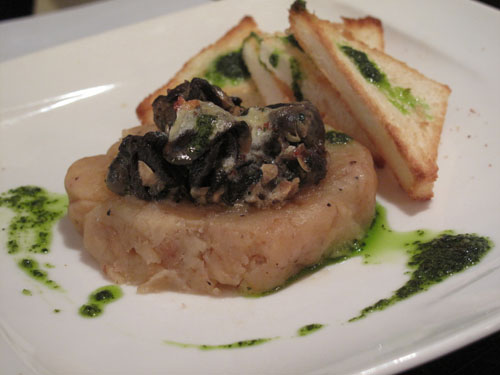 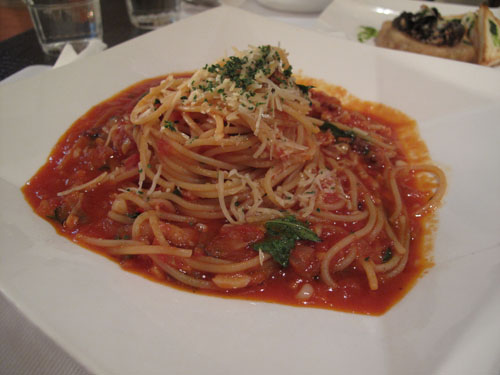 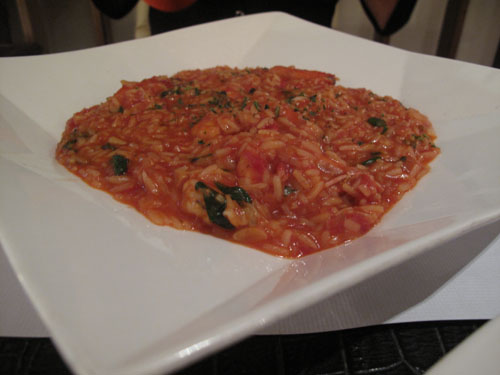 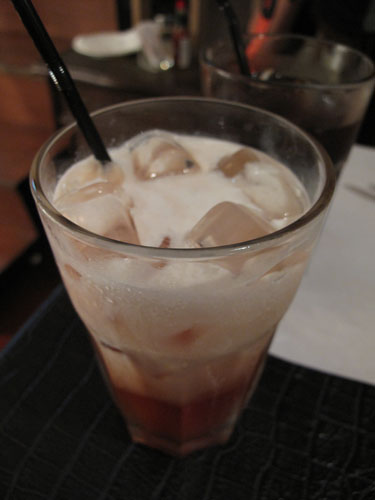 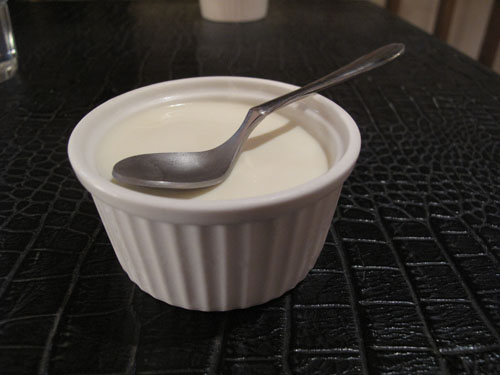 Filled our tummies with our first meal in Taipei, and we deliberated where to go from here. We had intended to visit Mr. Qute next door, and decided it wasn’t that special after all. It seemed to operate out of Mr. J and the staff wore the same uniform as well.

Decided to head back to Ximending (西門町) for a little walkabout. Shan bought a couple of magazines and posters before we decided to call it a night and return back to our hotel to unpack and rest for the night. A couple of interesting signage we spotted in our hotel room : 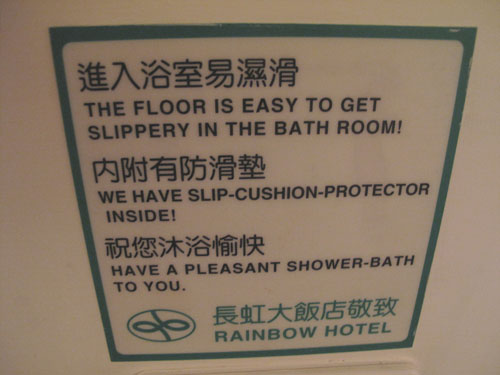 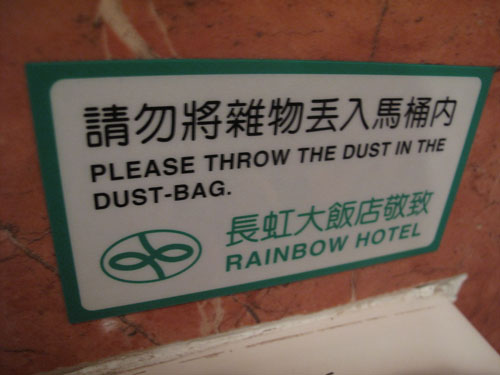 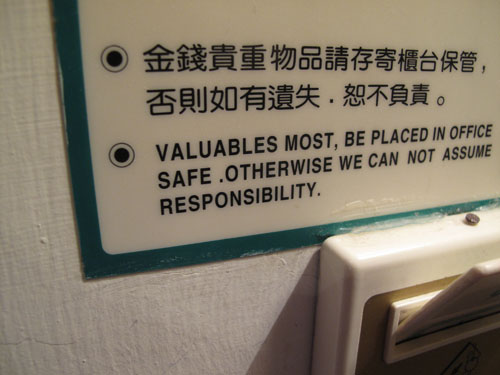 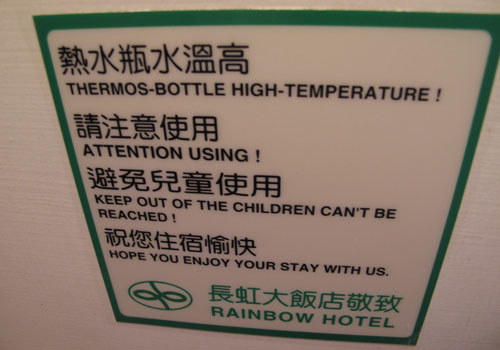