After Nanta Cookin’, this marks our second visit to Esplanade Theatre.

Cinderel-LAH! A great production which we totally enjoyed! We went on the 11th December 2010 show at 8pm, which also happens to be the last show! Stars like Emma Yong, Sebastian Tan, Chua Enlai, Neo Swee Lin, Lim Kay Siu, Gurmit Singh, Najip Ali and many more graced the stage for THE production of the year!

“With an imaginative local spin on the world’s favourite fairy-tale, CINDEREL-LAH!, W!LD RICE’s very first musical pantomime is BACK, revamped and upsized especially for the Esp-LAH-nade!” 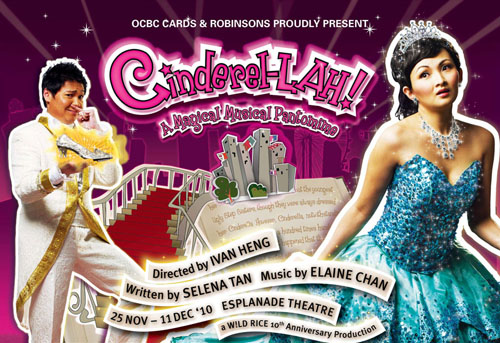 As my luck would have it, the show was delayed at the start due to a technical glitch which prevented the background sets to be raised or lowered. Ivan explained to the audience the problem they were facing, and not wanting to disappoint the audience, the show went on despite the problem! Something special for my birthday, eh?

We bought tickets for seats in the VIP box! Nice! 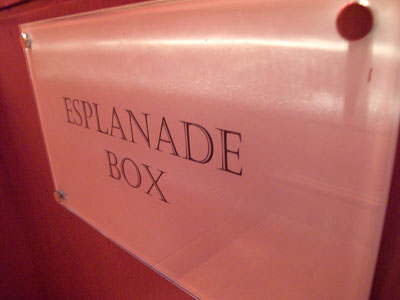 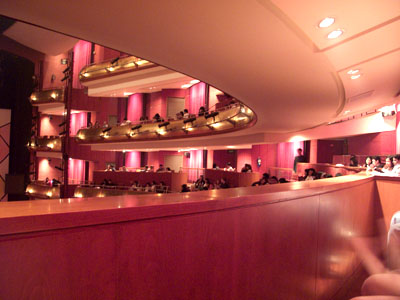 Food and drinks were on the house during the intermission because of the technical difficulties the crew were experiencing. Lucky for us, they managed to rectify the issue for the second half of the show, which made it even better. 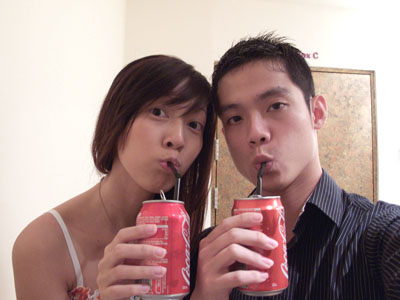 Our verdict? 5-stars!!
Recommended for all who loves a good performance and plenty of laughter!