Our Japan Free-and-Easy tour continues! After our early morning venture to Sensoji in Asakusa, we made our way to Meiji Shrine in Shibuya, Tokyo. Meiji Shrine is the Shinto shrine that is dedicated to the deified spirits of Emperor Meiji and his wife. When we visited on a Sunday, Japanese and tourists flooded the shrine in great numbers!

The shrine itself is some distance from the train station, and it took some walking before we reached the shrine. Snapped some pictures along the way – 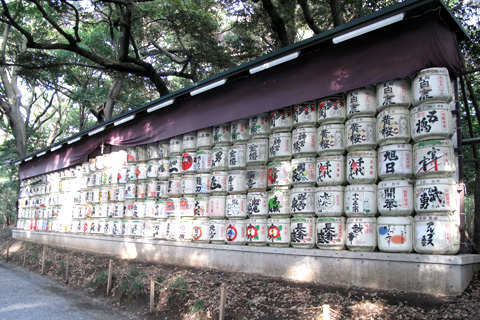 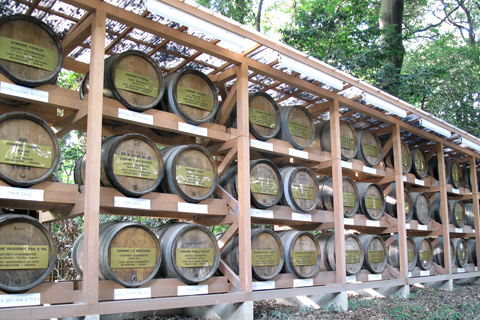 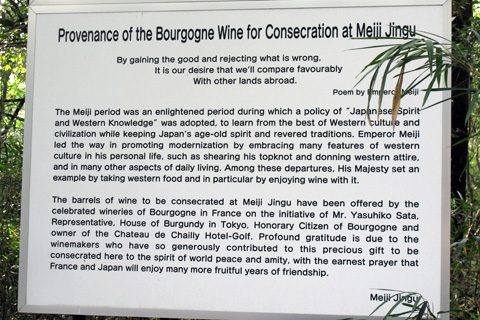 Happened to have a floral fair or something while we were there. 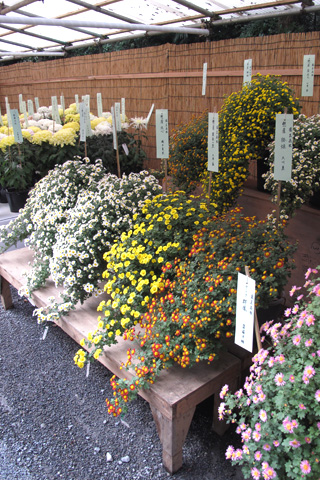 The visitors to the shrine are observing shrine etiquette at the purification fountain. This is similar to what we’ve seen at Hokkaido Shrine.

Previously, I mentioned that our Japan trip coincided with Shichi-Go-San, a traditional rite of passage for Japanese kids that is typically done in the month of November. Seemed like we ran into these kids again at Meiji Shrine – there’s a little girl dressed in traditional kimono costume! 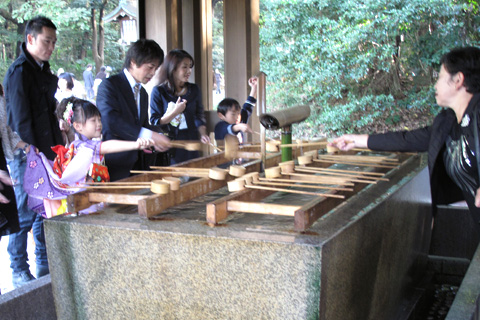 Hmm. Not really sure what are inside these goodie bags – the words on it literally translates to seven-five-three blessing bag. 明治神宫 means Meiji Shrine. 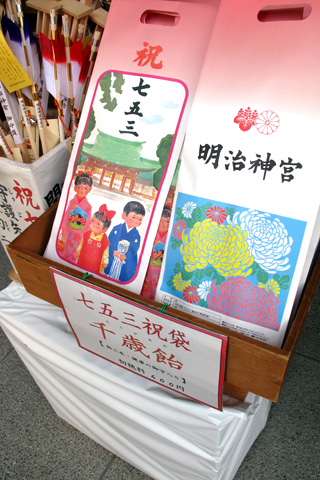 Little wooden tablets like these can be purchased for offering personal prayers and gratitude towards the deities enshrined in Meiji Shrine. 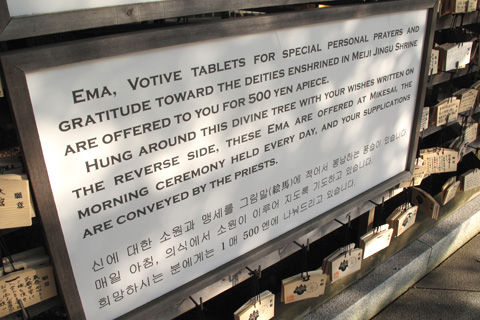 Originally, our plan was to head to Harajuku after Meiji Shrine since they were pretty near to each other. Harajuku is a common name for the area around Harajuku Station on the Yamanote Line.

To our horror, the crowd on a Sunday is .. incredible. The pictures I’ve seen on the internet are real – see for yourself! 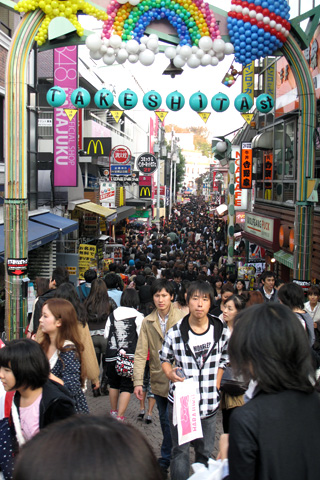 There is hardly much space to maneuver! We bravely tried to venture in, but gave up after a while. Maybe next time?