Once again, we’re planning our very own, one-of-a-kind getaway. This coming trip in November would actually be my second trip to Thailand.

The first “trip” was a half-day tour when we disembarked from Star Cruise at Phuket, near the Patong Beach area. Didn’t really leave a good impression on me back then, as I felt it was a little too commercialized, with too many tourists. Turn your head, and you’re likely to spot Starbucks, McDonald’s or Haagen Dazs around the corner. Heck, there’s even a Watson!

First, a little background information on Thailand. Thailand is located in Southeast Asia. Ethnically, about 75% of the population are Thai. The main religion in the country, practiced by about 95% of the population, is Buddhism. 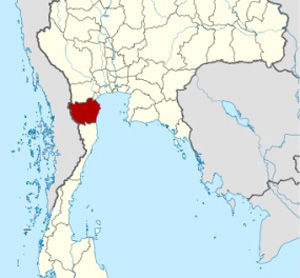 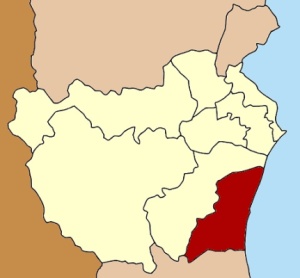 (above images are obtained from Wikipedia, the shaded part in red is where we’re headed)

Thailand is divided into 75 provinces, which can be further divided into districts. A few notable provinces are Bangkok (special governed district), Phuket, Chiang Mai, and Krabi. However, we are not heading to these tourism hot spots – let’s leave that for another time. This time round, we’ve opted to head to a less visited area of Thailand : Cha-Am.

Looking forward to visiting Thailand, the Land of Smiles. I’ll be back with more updates soon!