Following our one-night stay at CingJing Starry House, we got the help of the minsu owner to arrange for a driver for us. First, we would make a trip east to Mount He Huan, before coming back to CingJing and then towards Taichung.

Hehuanshan (合歡山) is a 3,416 metres (11,207 ft) high mountain in Central Taiwan. The peak lies on the boundaries of Nantou and Hualien counties and is within the Taroko Gorge National Park. Hehuanshan is a popular destination for the local people of central Taiwan.

It was kind of like the peak season for visiting Mount He Huan because it was nearing the time of the “first snow”. Will we be lucky enough? 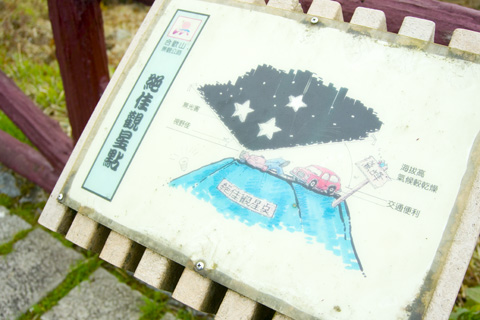 It was going to be a long trip up to the highest point that is accessible by car. Halfway through, we stopped for a little break, and we spotted like stall-owners selling local produce here. Like, huh? Not too sure if it is the best place to set up your business, heh. 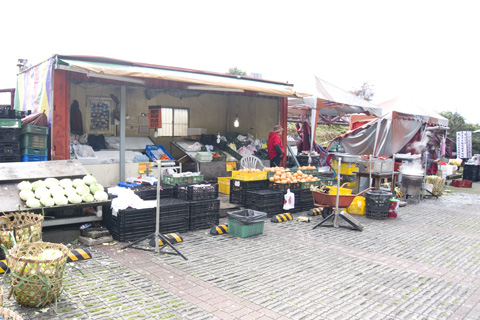 Yup, we’re at the pit-stop at 9:45am where it is six degree celsius and at an altitude of 2,750 metres above sea-level. 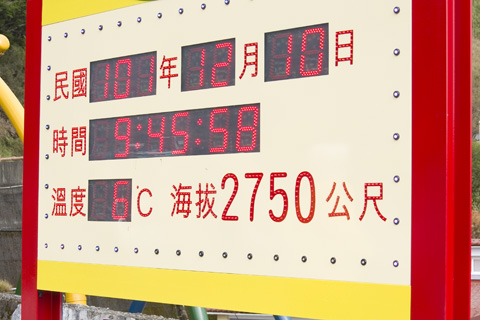 Entering the Taroko National Park from the west entrance, we slowly made our way to the highest point. As there is only a single lane for travelling up/down Mount He Huan, there really isn’t much room for overtaking the car in front of you. 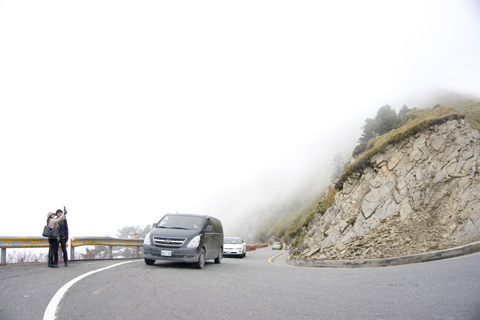 And .. we’re finally there! At the top is a little car-park, which is pretty packed by now. As you can see, there was plenty of  vehicles belonging to the major television networks, all waiting for the first sighting of snow at Mount He Huan. 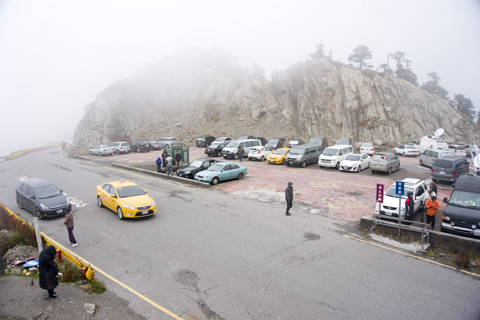 Yup, they are all ready to beam back a ‘live’ broadcast! 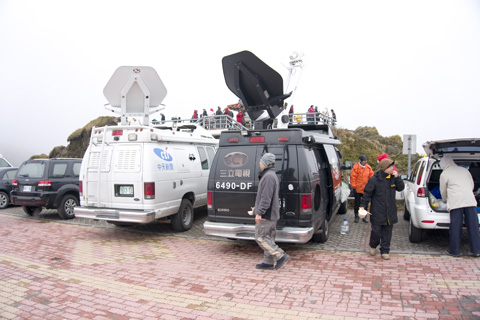 Like the line of tourists, everyone would make their way up the platform. It was incredibly windy – check out the thick jackets that they’re wearing! 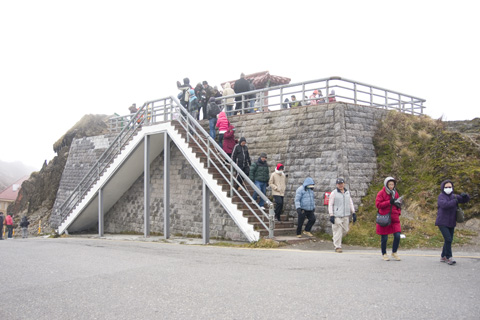 It was here where we visited the coldest restroom we’ve ever been to in our lives. It was absolutely freezing, not to mention having to wash your hands with ice-cold water. Brrrrrrr.

Here is the highest point on Mount He Huan that’s accessible by car. Thus, there would be truck-loads of tourists, both foreign and locals, heading here. Alas, no sign of snow here. We saw a Taiwanese news report the following day that snow was spotted, a relatively common sight during the winter months. Meh. 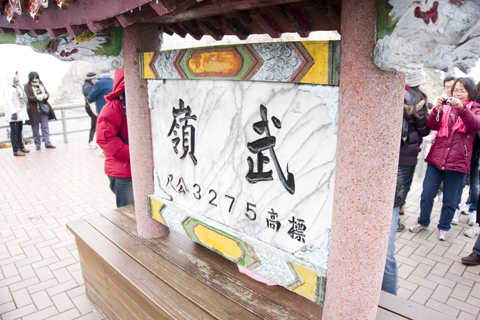 If you’re lucky enough (depending on the weather, humidity, etc), you’ll be able to spot a sea of clouds – either you’re amongst the clouds like we are, or ABOVE the clouds. Pretty breathtaking view up there for sure! 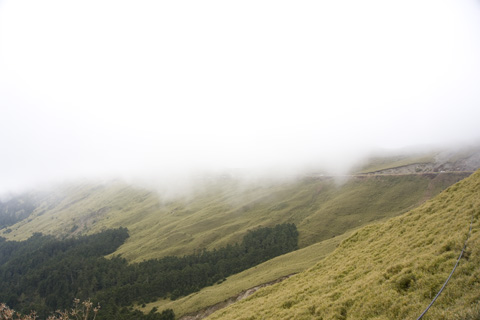 After we’re done at Mount He Huan, we made our way back from where we came from to CingJing. I’ll have the say, the cloudy/foggy situation can make for a rather “interesting” car ride on the narrow roads. *shudder*