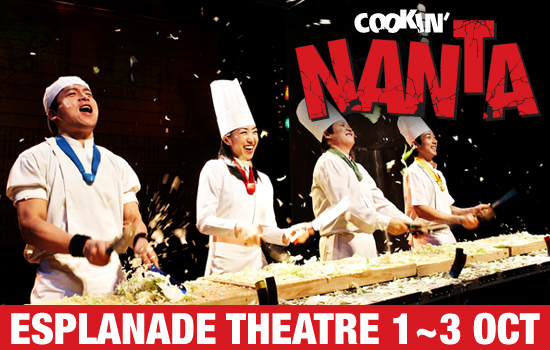 It was a BLAST! Sure, I’ve heard and read reviews of how good Nanta Cookin’ is. However, seeing it ‘live’ does bring it to a different level altogether. Mixing it up with a variety of content such as percussion, dance and drama-comedy, it was a performance that was thoroughly enjoyed by both Shan and myself.

With very little spoken dialogue, it was a show to be enjoyed by everyone, including the toddlers and the elderly – we spotted entirely families making their way into the theatre. It was not an exaggeration to say that there was not a dull moment throughout the 90-minutes or so performance!

As expected with shows of this genre, do expect a certain level of audience participation. Revealing anything more would spoil the fun for you!

Our verdict? 5-stars!!
Would we recommend it? Most definitely! 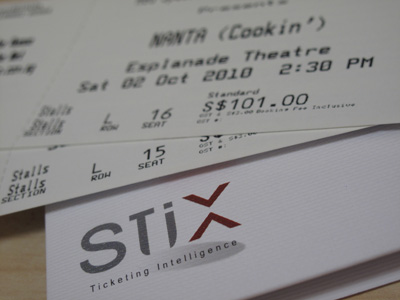 A (poor) shot of us in the Esplanade Theatre before the show began. 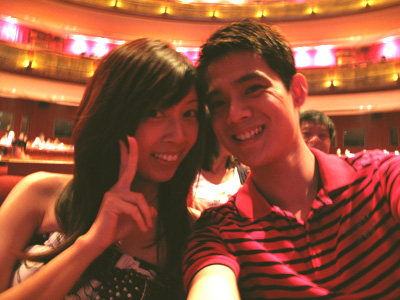