PigGeeks scooted off to Penang in Malaysia for a National Day Celebration of our own. (Oops!) It has been an exceptionally busy year, and it was a much deserved trip to rest our battered bodies.

One of the top reason for choosing SilkAir due to its fantastic flight timings which allowed us to maximize the amount of time we can spend in Penang, given that it was only a 2-night stay for us. At the time when we bought the tickets, a single return ticket costs SGD$256.20, which is a fair bit higher than a budget flight. In case you didn’t know, SilkAir is a wholly-owned subsidiary of Singapore Airlines (SIA) which serves short-haul destinations.

The Airbus A320-200 is a small aircraft, much like the TransAsia Airways flight (it has been dis-continued at least till 2014) we took last year. This is a 3 seats by 3 seats configuration, single-aisle aircraft.

We reached the airport earlier and took the chance to do a little early morning shopping. Every time we step foot in Changi Airport, it reinforces the impression that it is one of the best airport in the world with its cleanliness, efficiency and facilities. 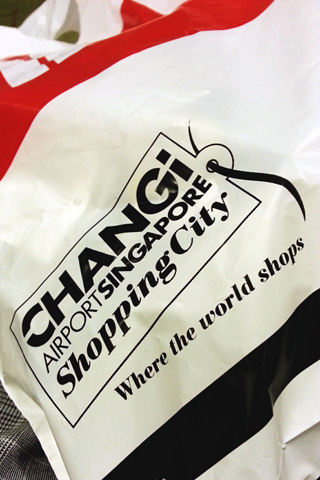 Check-in process and breakfast was hassle-free, which ensured a pleasant journey for travellers. 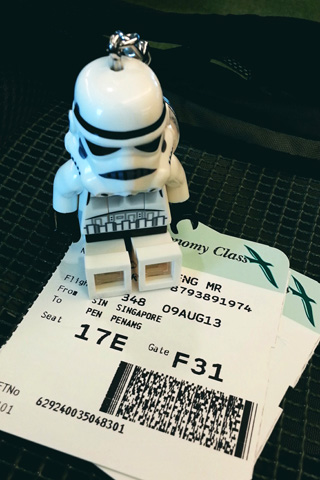 Despite it being a short flight, a light-snack is served. We had a chicken sandwich (which tasted like tuna). We could choose between coffee, tea or juices for our drinks. 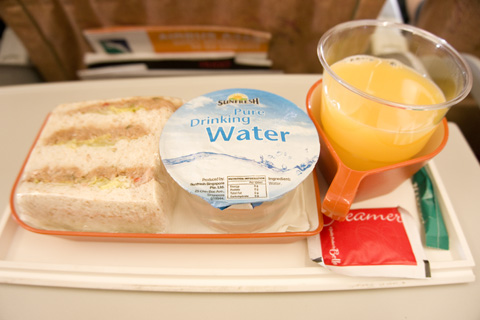 On our return flight, we were given piping hot black pepper puffs instead of sandwiches. 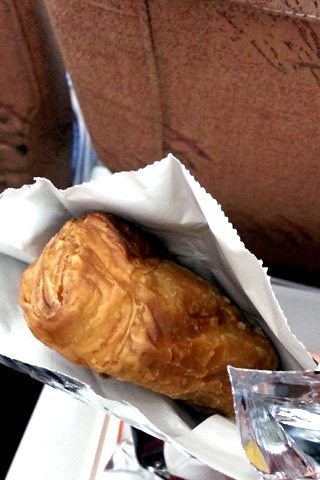 Seats were comfortable, and leg-room is as per normal flights. There was no in-flight entertainment though. Heck, there probably wasn’t enough time to do anything anyway. We barely warmed our seats and it was time to alight from the aircraft. Taking a coach to Penang would probably take a back-breaking 9-hours or so, thus we chose to fly instead.

Penang International Airport is a small airport with very little to do. Well, it is relatively new, clean and efficient. Way better than the one in Bali, so there was really nothing to complain about. Tried to find an airport lounge to try out my complimentary Priority Pass but failed to locate it anywhere. Meh. 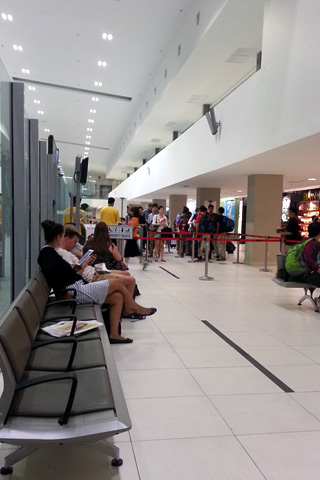 And .. so, where did we stay at while we’re in Penang? Sneak preview! 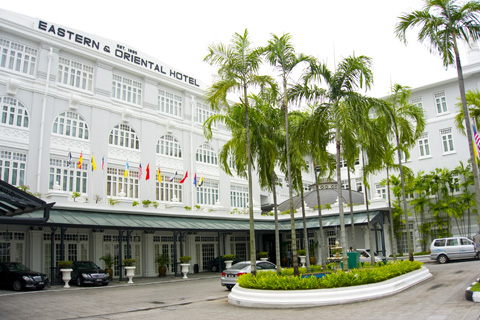