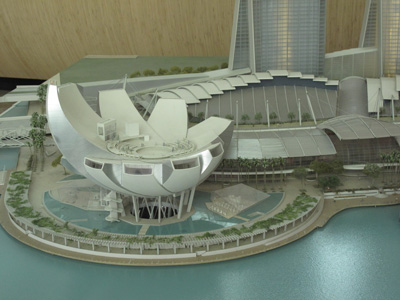 Making our way through the crowd to Tower Three, the same scene pretty much repeated itself. Many people, many staff, no peace and quiet.

To get tickets to the SkyPark, you’ll have to exit Tower Three near the Taxi Stand area, and take an escalator down to Basement One. There, you’ll be greeted by a queue for tickets, each ticket going for SGD$20. Using your barcode-enabled ticket, scan it at the gantry and you’ll gain access to the lift area, bringing you up to level 56 – The SkyPark. 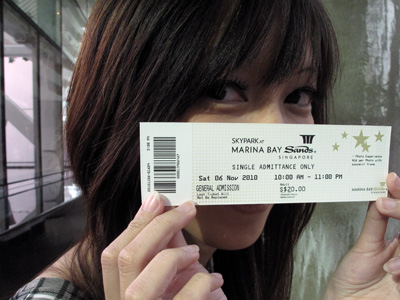 Well, it was a cloudy day, but we wasn’t quite expecting to see haze up there! It was as though the entire Singapore was enveloped by smog or something. 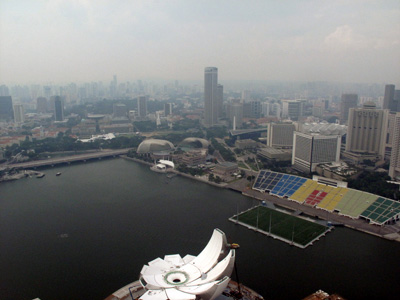 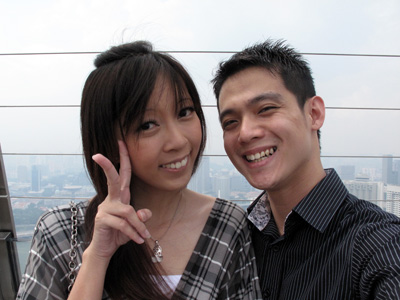 Explored the front of the SkyPark, which wasn’t that huge to begin with. Walked around a little bit more, and spotted a narrow walkway. Interestingly, it leads to the infinity pool that hotel guests have access to. 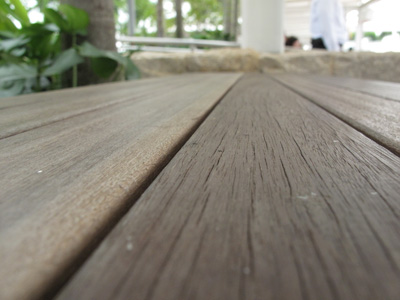 While the infinity pool is strictly off-limits to non-hotel guests, the common walkway behind the pool is open to the public. Now, this is when it feels a little weird. It felt like the hotel guests were exhibits, while the general public who have paid for their SkyPark tickets milled around.

The infinity pool does look superb though, despite the hazy conditions. 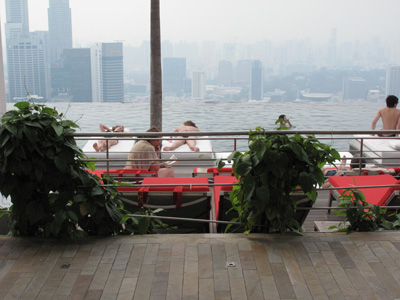 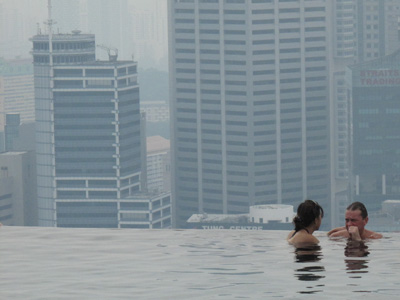 Just an idea of how it looks like behind the pool – there is a security guy standing around, making sure there is no unintended entry into the infinity pool. 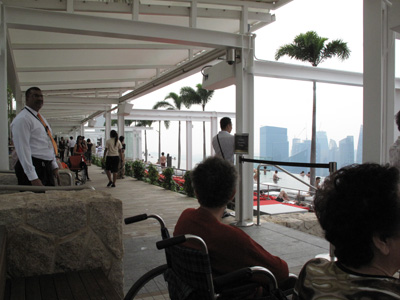 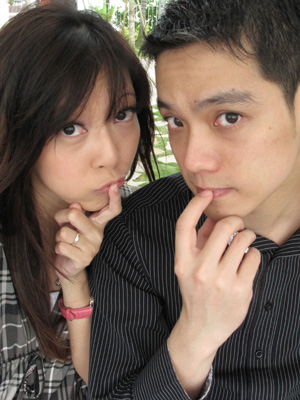 This pretty much concludes our uneventful visit to Marina Bay Sands. Without a doubt, it is one of the most iconic hotel in Singapore. However, it seemed to lack a certain character and gives off an almost business-like aura.

Having said that, we did not stay at Marina Bay Sands and hence, cannot comment on the other aspects of the hotel. I do believe we will be back one day to enjoy their hospitality. 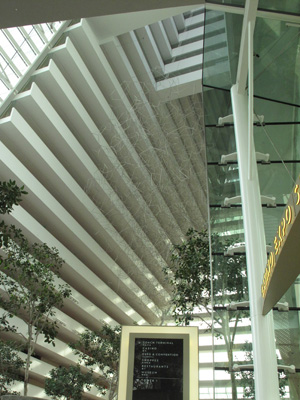 The adjoining casino and The Shoppes provided some healthy distraction for us as we roamed around the vicinity. Even from the outside, the casino looks incredible! Do note that many of the stores are not opened for business yet, and there are limited choices for food and beverage. 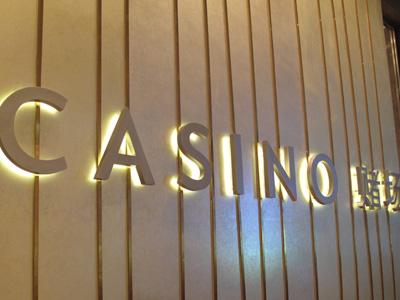