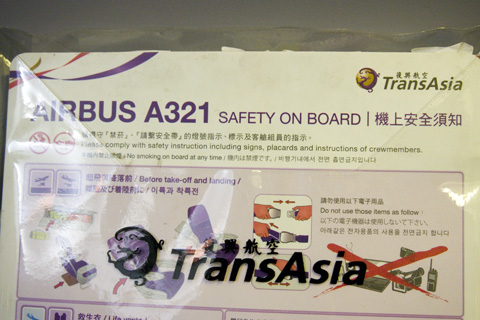 The aircraft is an A321, 2-class, single aisle configuration. Meals are served and luggage allowance are pretty standard. Daily flights information as follows –

The main reason for choosing TransAsia Airways is due to the superb timing, allowing us to maximize the amount of time we can spend in Taiwan. A peak-period return ticket in December cost us $786.75, which was slightly cheaper than Singapore Airlines.

There have been various on-going promotions on TransAsia Airways Singapore Facebook page, with return tickets going for as low as $300 to $500.

Checking in at Changi Airport was a bit of a nightmare, largely due to the quirkly layout of the check-in counter. The group check-in counters was swamped (bad!) with tour groups, which hogged the entire check-in area and prevented individual ticket holders from checking in at all. The queue was extremely long and it took us 1-hour before we completed the procedure. Definitely a long way to go from the Singapore Airlines experience.

Overall, the flight was uneventful and the service was excellent. The air stewardess on-board the flight were extremely sweet, warm and friendly. Whatever TransAsia Airways lacked in other aspects, they definitely made up for it in terms of the quality of their service. Thumbs up!

As it was a pretty late flight, I didn’t manage to take many photos. Do check out the return flight below for more interesting information. The flight landed in Taipei without incidents.

Compared to our experience at Changi Airport, our check-in at Taoyuan International Airport was a breeze. Perhaps it was due to the fact that TransAsia Airways is a Taiwanese airline?

No problem with our luggage either, even though both our check-in luggage exceeded 20kg by a little. Also, I had a backpack in addition to a single carry-on luggage. 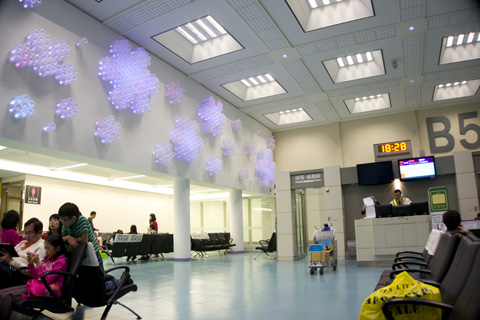 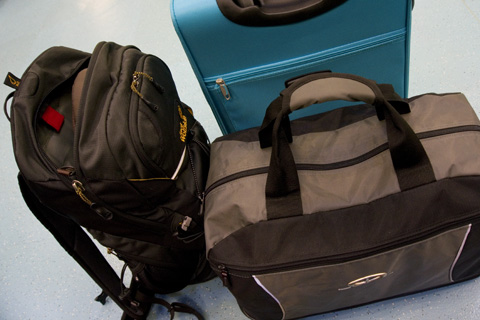 Instead of having individual in-flight entertainment systems, there is a single LCD screen for every two rows which folds downwards from top of the cabin. Leg space was pretty normal for an international flight. 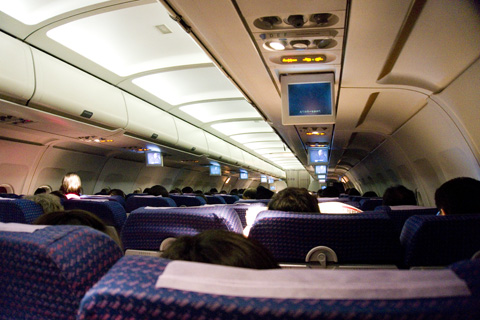 Time for some food? 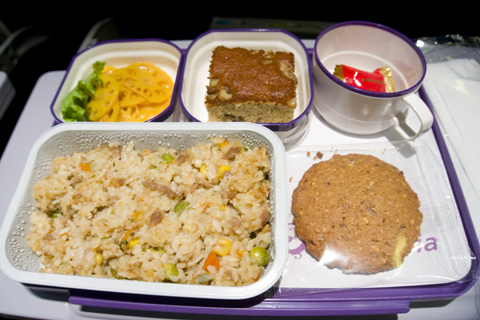 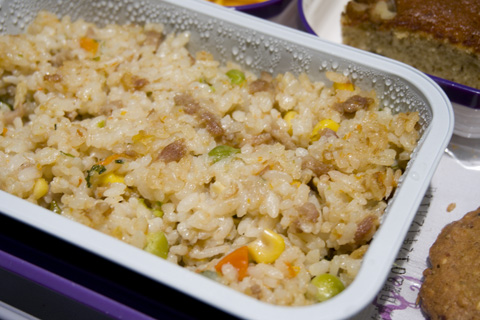 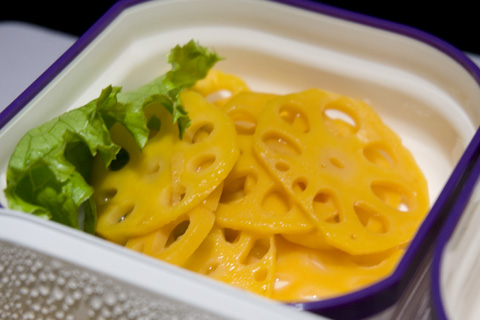 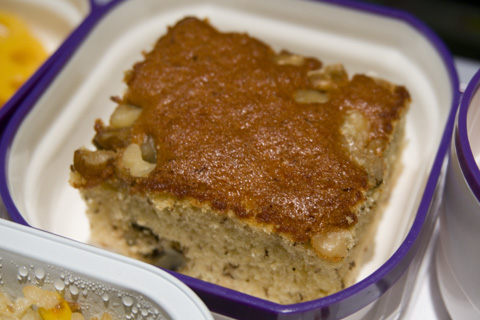 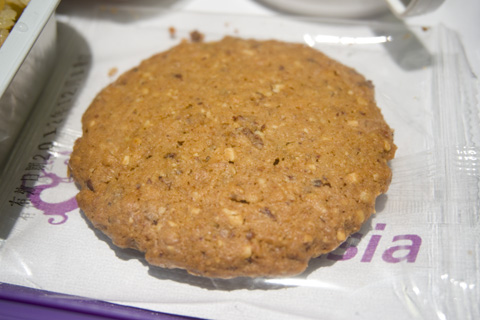 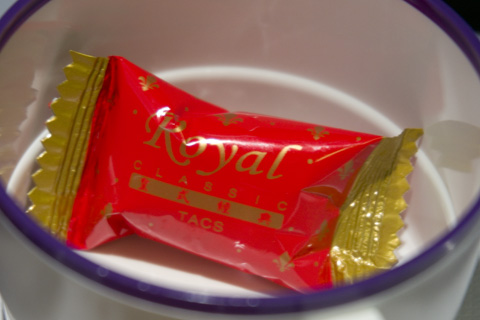 During dinner, there was a choice of fried rice or rice vermicelli for the main item. For the side dishes, there was pickled lotus roots, banana cake, a cookie and nougat. Pretty OK selection of drinks, we get to choose between juices, soft drinks, beer, red wine, coffee and tea. Our verdict? Surprisingly edible and tasty food!

From what I’ve read, they would be switching to a new aircraft in 2013 – a brand new A330! That should be good news for travellers, assuming that they fix the horrible queue system at Changi Airport’s check-in counter.