We were freezing, and winds were strong at such high altitude. The relentless drizzle refused to go away, pelting us with tiny droplets of water. CingJing Farm didn’t exactly turn out as planned.

Not exactly the kind of image I would like to associate with CingJing Farm. As it turns out, that was the unique version of CingJing Farm that we experienced!

Getting to CingJing Farm from Taipei

I believe there are various ways of getting to CingJing from Taipei. We did our research and settled on the simplest and most comfortable way – via a direct bus. You’ll need to book tickets in advance with them and on the day of your trip, simply head to the departure point and hop on the bus. 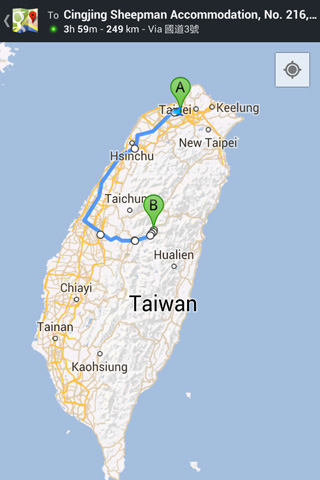 We checked out of hotel early in the morning in order to catch the direct bus from Taipei to CingJing. As we headed to the East Gate 3 to look for our bus, we were kind of worried that we wouldn’t be able to find our bus since there were a number of buses parked along the side of the road. 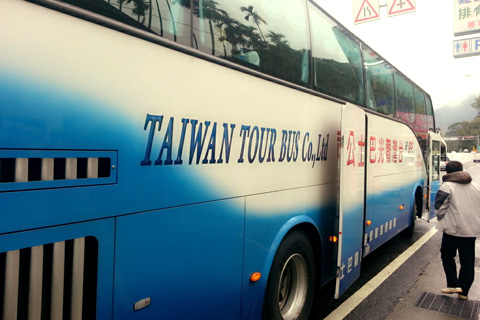 I guess we must have looked really like tourists or something – a lady saw us and promptly approached us to ask if we had a booking already and are heading to CingJing. Got into our bus and settled into our seats – noticed that there wasn’t that many people taking this trip with us. 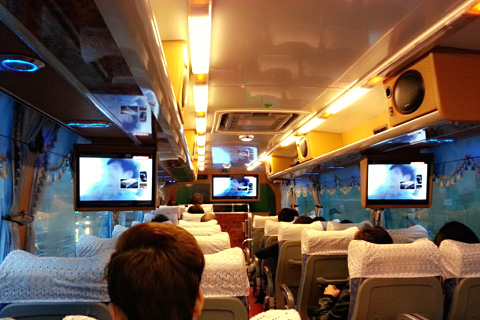 Along the way, the bus will make a couple of stops to pick up more passengers before embarking on the long journey to CingJing. Snoozed our way through most of the journey as we woke up really early. By the time we reached CingJing, it was closer to 12pm rather than the estimated 11:30am.

After we alighted from the bus , we called the boss of CingJing Starry House Minsu and told him our location (清境雲海渡假木屋) so that he could come and pick us up. Check out my detailed write-up of the highest home-stay in CingJing! 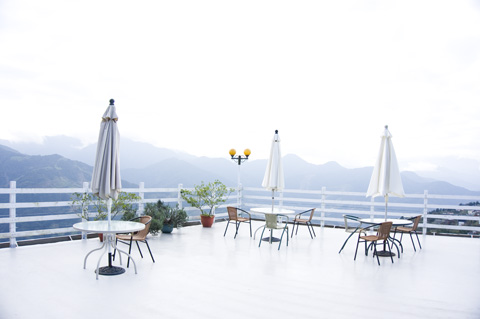 We went to our accommodation for the night to settle down and leave our luggage. We arranged our itinerary with Mr. Lee (the boss of CingJing Starry House) who will drive us to CingJing Farm, and pick us up when we’re done. Convenient huh?

First stop? Green Green Grassland. Despite the rain (it was constantly drizzling), we were hoping to catch the sheep shearing show in the afternoon.

Cute little signage reminding visitors not to litter so that the sheep wouldn’t ingest them accidentally. 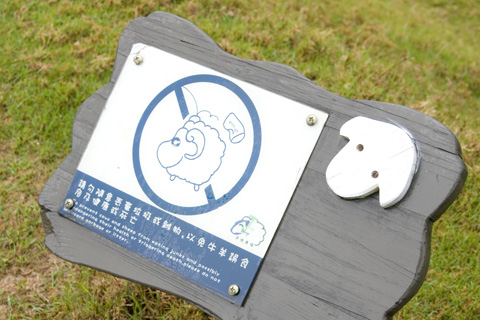 We made our way to the sheep shearing show area – you can see that the crowd was holding umbrellas but the rain wasn’t heavy. 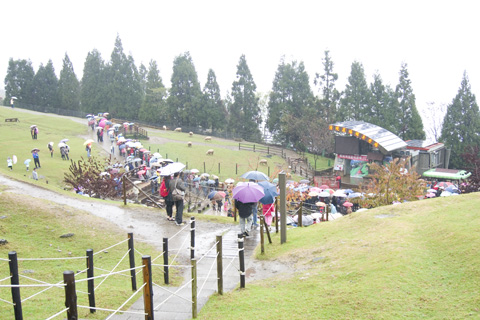 Due to the rain, the sheep shearing show (reduced duration) was the only thing that was on. Despite how bright the picture looks, it was REALLY cold which explains the lack of photos. The show was done by a New Zealander who spoke mandarin, which was kind of surprising. I was expecting to see a Taiwanese!

We didn’t linger around the area too much – it was freezing cold and the missus wasn’t feeling too well.

Came across a machine that dispensed food that tourists could give to the sheep! Didn’t get to try this out. I wonder if it works? 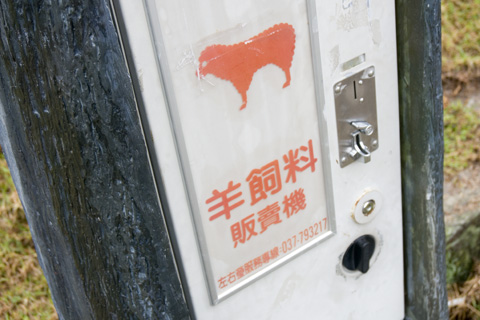 After watching the show, we walked along the CingJing Farm trail and took a couple of photos. There were actually some shops selling food products and souvenirs – great for taking shelter from the freezing winds! 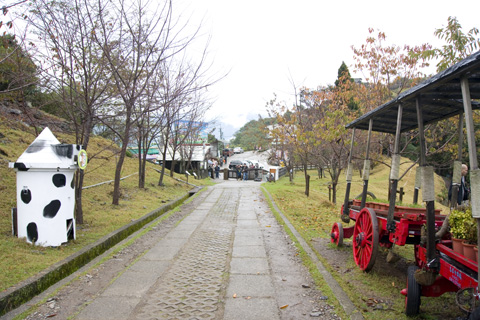 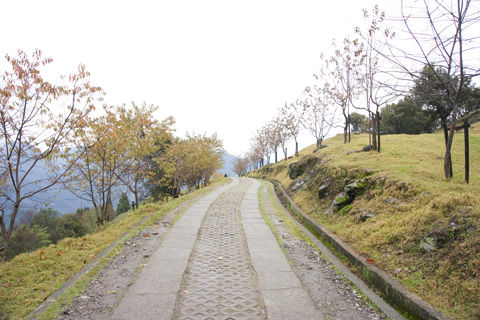 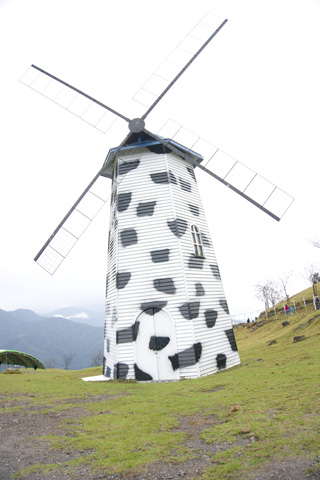 Despite the gloomy weather, the view from CingJing Farm was phenomenon! At times, it was kind of misty and it felt like we’re in the clouds. 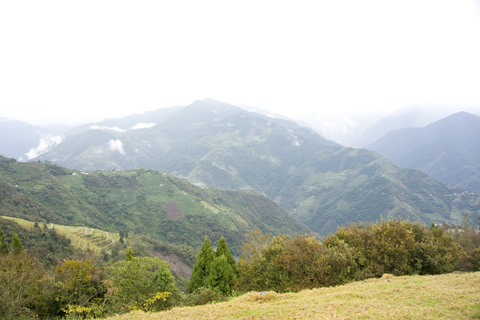 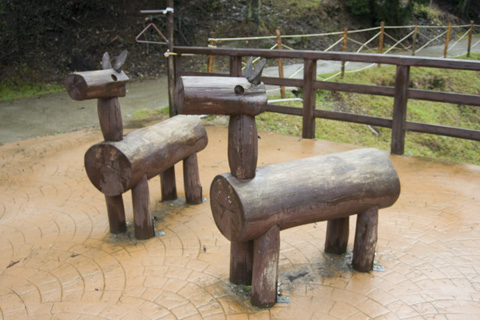 We didn’t stay around too much due to the freezing winds and were delighted to be able to get some warmth under the shelter! The warm food worked its magic and gave the missus the strength and energy to carry on! 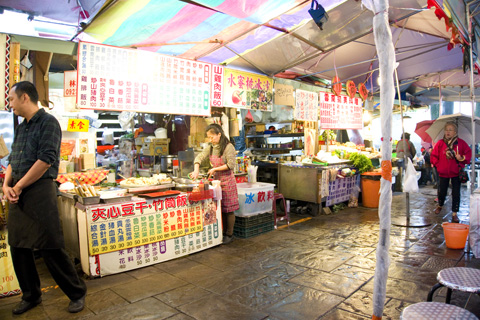 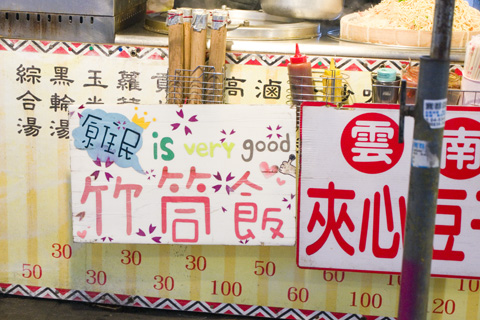 Our first decent meal of the day (it was mid-afternoon by now) was a simple rice dish topped with tofu, corn, minced pork and some random vegetables. We ordered a piping hot, meatball soup as well which looked pretty plain in comparison. 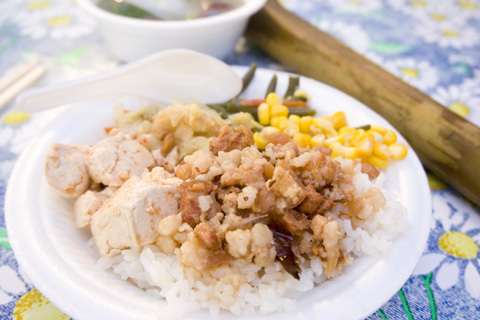 Glutinous rice cooked in bamboo containers was delicious as well. Not sure if it was the cold weather that made the simple items taste better? 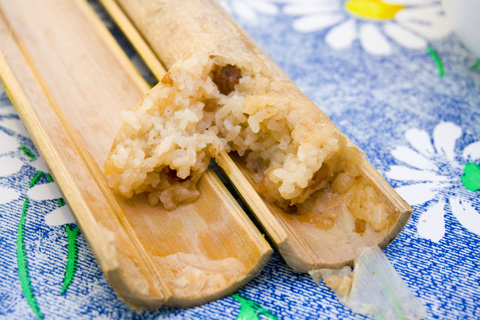 At the end of our long walk, we ended up at the Great Wall Trail which consisted of 487 steps, which luckily leads downwards instead of upwards. 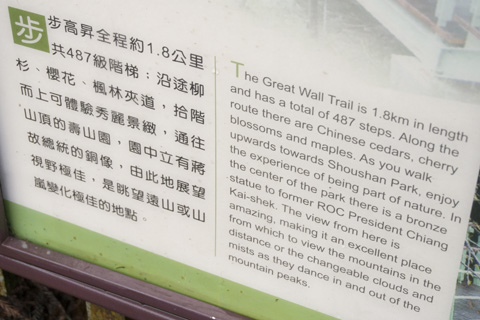 Slowly making our way down. 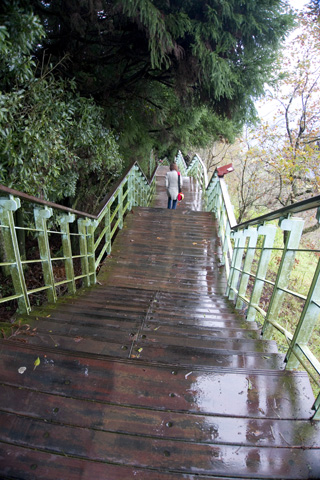 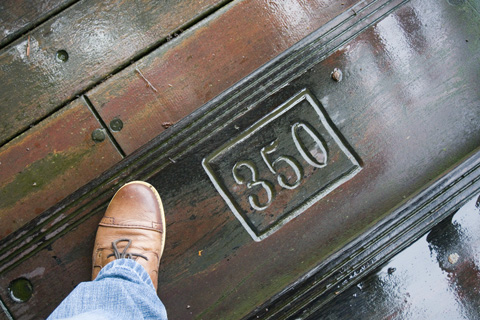 More shops at the end of the trail which were nicely renovated. 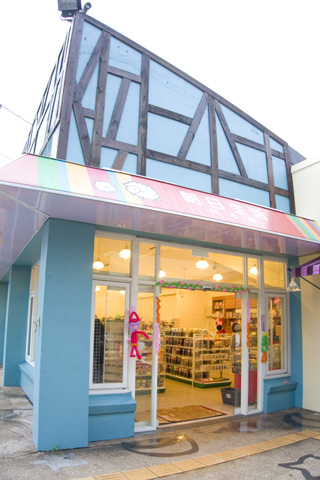 Egg rolls made from goat’s milk! 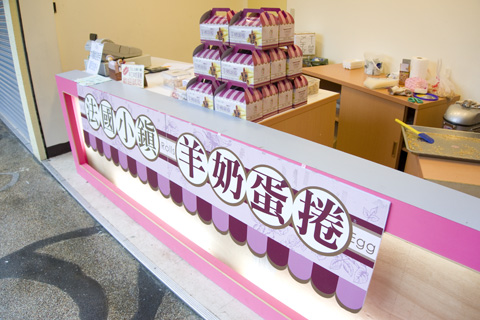 From here, we made our way to Carton King, but that’s another post for another day.

The rain and the cold temperature probably made our CingJing Farm experience less than ideal. But then, who said that travel experiences would always turned out exactly as planned? The key is to adapt to the situation and make the best out of it, isn’t it? Memories are made up of both good and bad experiences, and these are things that we would continue to remember and talk about for many, many days to come.