After a thoroughly exhausting year, we went off to a well deserved holiday for our honeymoon. Our destination? Japan!

Admittedly, there were some hesitations regarding how safe it was due to the radiation situation at Fukushima nuclear plant. We were particularly concerned with Tokyo and Hokkaido which we were planning to visit. A brief check on Google allayed our fears and went ahead with the planning! Ironically, this was one of the least-planned trip we’ve had in recent times because we were too tied up with stuff. Thankfully, things turned out to be great!

We grabbed an early-bird special for SIA and got to fly on Airbus A380 upper deck for $600++ nett. Flying on the upper deck has its perks! There was no need to squeeze with the rest of the people as the upper decks had less seats. Also, the window seat has an additional “bin-style” compartment for storage – in goes our jackets! 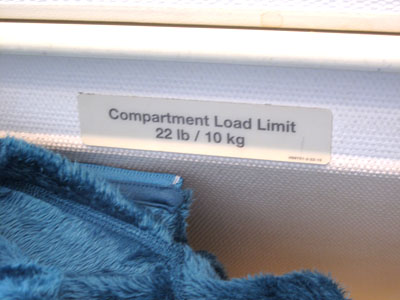 The flight was long but comfortable in general. As we took the morning flight, it was already past 5pm by the time we arrived at Narita Airport. Things got a little exciting when our luggage took a little long to appear on the conveyor belt – we needed to get our luggage, find the post office to retrieve our rental iPhones, then buy the Airport Limousine bus tickets and get on the bus! Missing the limousine bus would mean another one-and-a-half hour wait. As I was saying, things turned out well and soon, we were waiting for our shuttle bus.

Getting rental iPhones (8,000 Yen for 7-days) was costly, but we found it incredibly useful as we needed the connectivity for our free-and-easy vacation. Likewise, we chose the Airport Limousine over other means of transport primarily for the convenience – it would drop us directly at our hotel =) 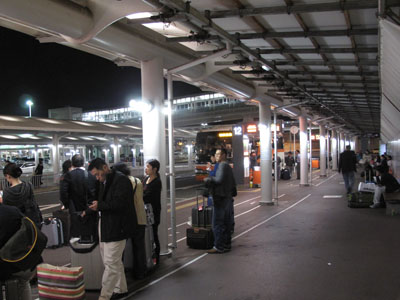 It was easy to navigate, and each limousine bus area has a staff stationed there to assist. Each was equipped with an electronic panel indicating the next bus timing and respective destinations. Compared to our experience in Taipei (if we were in Taipei, we would take a cab), I would highly recommend the limousine bus service. 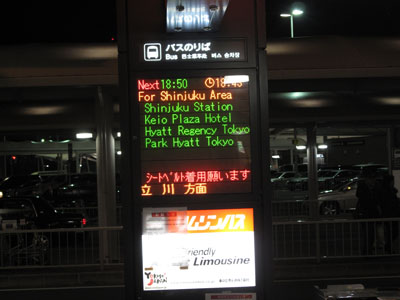 We spent the time resting on the bus and setting up our iPhone. Before we knew it, we were reaching Shinjuku – exactly as the bus schedule has indicated. 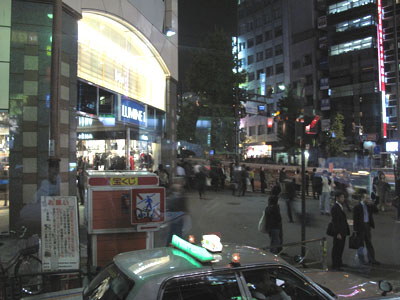 Checked in and settled down at our Hotel Sunroute Plaza Shinjuku, we fired up our laptop and sourced for a place to fill our tummies for the night. Ultimately, it led to us Katsukura 京都三条, which was located at Shinjuku’s Takashimaya – 5 minutes away from our hotel. 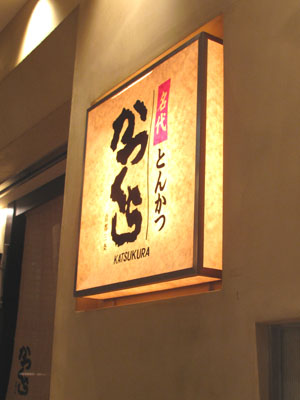 Interestingly, stores in shopping malls close rather early, but we were able to find restaurants that were open till late. By the time we got there, it was about 10pm I guess. The place was not crowded at all, perhaps due to the fact that it was a Monday night. 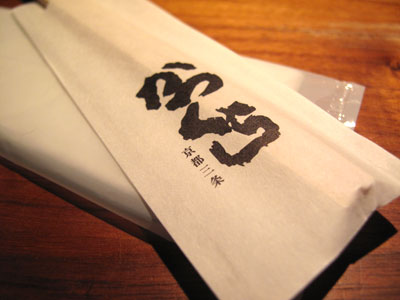 We received our first dose of how excellent the service was in Japan during dinner. Despite the language barrier, the service staff was always eager to help. Below are the different sauce and dressing for the salad. 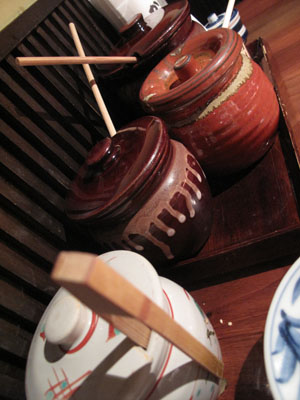 Grind your own sesame seeds to release the wonderful aroma! Appetizer was a little piece of tofu. Interestingly, roast tea or oolong tea are commonly served in Japan, more so than green tea. I’ve always thought green tea was the norm in Japan. 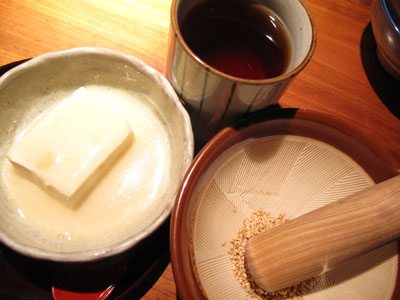 The food arrived in a short moment, topped off with miso soup. Honestly, it didn’t look spectacular but the pork fillet was heavenly – much better than any I’ve tried in Singapore. Tender and juicy, it was perfect with the sesame sauce. 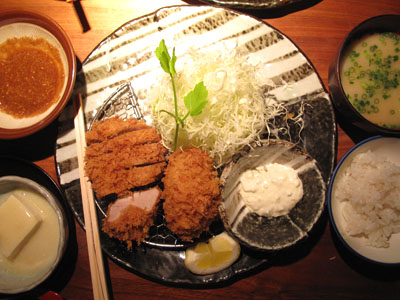 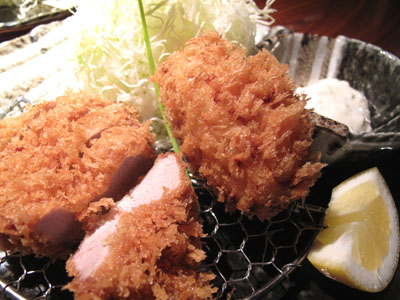 Also, the set came with a piece of crab-meat croquette. For the big-eaters, not to worry – the rice can be refilled! 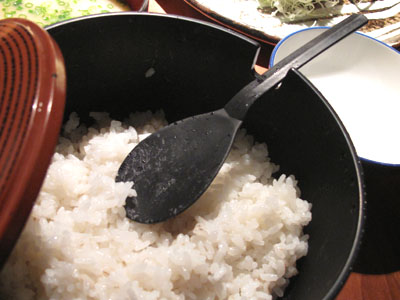 After a full day’s worth of travelling and rushing around, it was nice to be able to have a peaceful meal. With a wonderful dinner, this concludes our first night in Tokyo. We headed back to the hotel, only to wake up at 2:30am for our next adventure!